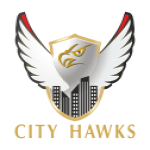 City Hawks is a close knitted family of young, creative & enthusiastic professionals who have entered the services industry to excel & make it to highest levels of integrity, efficiency and customer expectations.

Why Do Distribution Networks Change?

Or at least they should do.

Here are some reasons that the requirements of your Distribution Network might change over the years.

To know more about our Services, visit City Hawks Services.

Home
About Us
Services

Content Writer, Social Media, Marketing, Rainmaker & Digital Marketing Manager Who’ll Help You Paint a Canvas for your Biz & Your Life! when I'm Not Keeping Busy with Work, you can find me @ghanxt.